Neurofeedback is a therapy that is being used to treat ADD/ ADHD. It works very well for children, as it is non-invasive and can often involve playing video games as a way to train the brain.

Neurofeedback is increasingly seen as an appealing alternative to medication to treat ADHD. The treatment is easy and painless, starting with electrodes being attached to the head and then to a computer. The images on the computer screen respond to brain activity. When the right kind of brain activity is demonstrated, something positive will happen on the computer, thus guiding the child or adult to balance their brain waves.

Balanced brain waves equal a reduction in symptoms, and a direct improvement of the quality of life of the patient.

Katherine Ellison‘s son was 12 he was diagnosed with attention deficit hyperactivity disorder, or ADHD. Aired on National Public Radio in 2010, you can listen to the story of how Katherine used neurofeedback to treat his ADHD.

Neurofeedback is becoming an accepted form of treatment for a wide variety of ailments, and evidence is growing to support it’s use in the treatment of ADD/ ADHD. 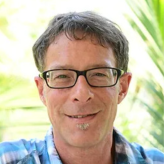